Maundy Thursday message from Lyndon
Maundy Thursday, reminds me of a royal duty undertaken by the Queen. A Church of England service takes place on this day, when the Monarch distributes, silver coins called Maundy Money, which represent alms, to selected elderly people. This has been cancelled this year, because Her Majesty, along with all her elderly subjects, is following the example of comedian Ronnie Barker. We are all locked up, doing porridge.

The word Maundy comes from the Latin word, “Mandare”, which means “Command”. On this day Jesus, gave us a new commandment which tells us that we should love one another as He loves us.
However, what actually happened on that first Thursday some 2,000 years ago?

At the centre of Maundy Thursday, we find the Last Supper, from where the church has its scriptural basis for, the celebration of the Holy Eucharist, Holy Communion the Lord’s Supper. Jesus knew that the time was near for Him to suffer, betrayal from a friend, denial from another friend, hate filled false accusations, public humiliation, a false trial, a public beating and crucifixion. However, He also knew that victory over death, victory over Satan, was near and that His hour of Glory was at hand. Jesus knew His destiny. He was going to the Father. Jesus rose from the supper table, He poured water into a basin, and began washing the feet of His disciples, the act of perfect love and humility. Some churches including many Anglican churches, incorporate foot washing during their Maundy Thursday Eucharist service. In Caldicot, we were joined by other churches, and we ministers would wash each other’s feet before washing the feet of the congregation. 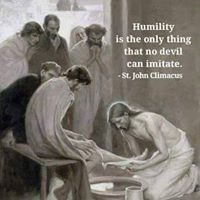 The meal begins, Jesus predicts Judas betraying him.
Then “while they were eating, Jesus took bread, and when he had given thanks, he broke it and gave it to his disciples, saying, ‘Take and eat; this is my body.’ Then he took a cup, and when he had given thanks, he gave it to them, saying, ‘Drink from it, all of you. This is my blood of the covenant, which is poured out for many for the forgiveness of sins”. Matthew 26:27f.

These are words of consecration said by the priest in the service of Holy Communion.
Later, Jesus would predict Peter denying Him.
After the meal, they sang a hymn then went to the Mount of Olives, then at the foot of the Mount in the garden of Gethsemane Jesus prayed.
Many churches strip the altar of all linen and all articles of worship, ready for Good Friday, and the Sacrament is taken to the garden of repose, situated in the church, for the faithful to remain in prayer, waiting with Jesus.
This is a holy time; Holy Week is at the centre of the Christian life. It is in our Christian DNA.

To all who read my message, whether believer or not may you all be blessed at this time. Many people are suffering now, some at the point of death, some waiting for news of a loved one. All I can say is that the Lord we pray to is the Lord who suffered Himself. He suffered a terrible death on a cross. The one who I pray to is the one who understands. God Bless you, keep praying, keep on trusting and please keep safe.

The Diocese of Monmouth